All Courses
Academic Courses Exam Preparation IT and Softwares Pendrive Courses Professional Courses Test Series eBooks and Quizzes
About Us Be a Trainer Contact Us Log in / Signup
Unable to Login? We are here - invinciblepublishers@gmail.com
shopping_cart Cart (0 Items )
There are no items in your cart 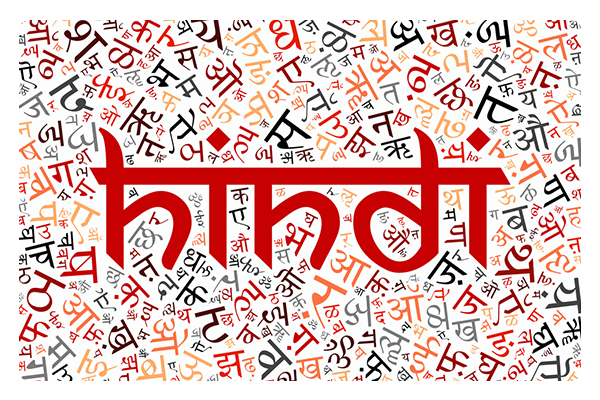 Hindi the language of Incredible India!

The language is close to hearts and definitely has an emotional value. Hindi as a language should be written and spoken correctly. People make some common mistakes while writing or speaking Hindi. These mistakes can be rectified as Invincible E-learning app gives you the knowledge treasure of Hindi to be an expert in Hindi.

Just like European languages, Hindi is written from left to write.

It's fairly easy to read Hindi. In Hindi, unlike in European languages, words are written as they are pronounced because each character has a different sound.

The other good news is that Hindi doesn't have articles (words for 'the' or 'a').

However, sentence structure is different from English. Verbs always go to the end of sentences in Hindi, and auxiliary verbs go at the very end of a sentence.
Hindi is widely written, spoken and understood in North India and some other places in India. In 1997, a survey found that 45% of Indians can speak Hindi. The most common form of Hindi is known as Hindustani.

Hindi is also spoken with regional accents like Haryanvi, Rajasthani, and Bengali. Bombay Hindi is spreading because Bollywood films use it.

Hindi Diwas is an annual celebration on 14th September. It commemorates the law of 1949 that made Hindi the legal language of the Republic.

The course is refined by the experts of Hindi language to make sure the knowledge imparted to you is beneficial in the best way.

The chapters are as follows:

After successful purchase, this item would be added to your courses.

You can access your courses in the following ways :